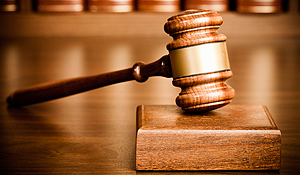 Sovereign Immunity: The Law of the Land and its Impact on Your Injury Claim

Should you ever happen to need to file an injury case against a government entity, you’ll want to secure the services of an attorney in salt lake city that knows the ropes. That attorney will be able to save you an untold amount of frustration in dealing with all of the legal roadblocks that exist.

There are many bureaucratic barriers in place in Utah and other states that act as precautions against people taking legal action against governmental bodies. The Utah Legislature’s Governmental Immunity Act is one such barrier. It was created to protect government entities from citizens and other organizations who may exert undue distractions upon governmental affairs by filing excessive legal actions.

That’s great for the government but what about your injury case, is it legally allowed? Before it can go to trial, a claim must first be filed with the government body that you are planning to take action against. Then the government gets to determine the legality of your claim and whether or not it will give its approval.

Whether you’ve been bit by a drug-sniffing K-9 or slipped on a banana peal in the DMV, there are some necessary preliminary legal steps that must be taken before a citizen can legally file any legal action against a local city, state or federal entity or employee.

The additional paperwork required when filing such an injury case against a government employee –like a postal worker, fire truck driver or their agencies– requires extreme attention to detail.

Due to the many details that must be attended to in any trial against a government entity, it is strongly recommended that you hire an attorney in salt lake city who’ll already know what to do.

That will give you the best chance of achieving the generous settlement that you rightfully deserve for your injuries, pain and suffering.